Ribonucleic acid (RNA) is an important macromolecule in cells, involved in turning genetic information encoded by genes (made up of deoxyribonucleic acid [DNA]), into proteins needed by the cell. During the processes of transcription and translation, the cellular machinery uses DNA as a template to build strands of messenger RNA (mRNA), which carry the information to the protein-building machinery.

The RNA interference (RNAi) pathway was first discovered in 1998 by scientists Andrew Fire and Craig Mello, and in 2006 they were jointly awarded the Nobel Prize in Physiology or Medicine for their efforts (1). RNAi is a natural regulatory mechanism which controls the activity of genes (2). Small interfering RNAs (siRNAs) bind specifically to a target mRNA, triggering a series of events that lead to cleavage of the mRNA by the RNA-induced silencing complex (RISC), resulting in their degradation. Consequently, the subsequent steps of protein production and gene expression/function are inhibited.

Small interfering RNA therapies are designed with a sequence that is complimentary to a target mRNA, thus enabling them to specifically target and silence disease-causing genes. After overcoming obstacles related to their stability, specificity, and delivery into cells, advancements in chemical modification and delivery methods have led to the field becoming a rapidly developing area of research in recent years (3).

Over 20 years after the discovery of the RNAi pathway, the first siRNA therapy, patisiran, received approval from the National Institute for Health and Care Excellence (NICE) in 2019 via the highly specialised technology (HST) appraisal pathway (4). Patisiran is indicated for the treatment of hereditary transthyretin amyloidosis, considered by NICE to be an ultra-rare disease.

In 2021, inclisiran became the second siRNA therapy approved by NICE, and the first via the single technology appraisal (STA) pathway (5). Inclisiran is indicated for the treatment of patients with primary hypercholesterolaemia or mixed dyslipidaemia (Box 1). Unlike siRNA therapies developed for rare/ultra-rare conditions, inclisiran has the potential to treat a much wider population of patients. Inclisiran has also been approved for use by the Scottish Medicines Consortium (6) and is currently undergoing appraisal by the All Wales Medicines Strategy Group (7).

Box 1: Inclisiran for the treatment of primary hypercholesterolaemia and mixed dyslipidaemia

Inclisiran comprises a double stranded siRNA conjugated to the carbohydrate triantennary N-acetylgalactosamine (GaINAc) to facilitate its uptake into hepatocytes (8). Following entry into these cells, the siRNA incorporates into the RISC complex, where one strand of the siRNA acts as a template for RISC to recognise and degrade mRNA encoding proprotein convertase subtilisin-kexin type 9 (PCSK9). The PCSK9 protein binds to LDL-C receptors and promotes their degradation. By inhibiting the production of the PCSK9 protein, LDL-C receptor recycling and expression on the surface of hepatocytes is increased, thereby increasing the uptake of LDL-C into the liver, reducing the levels of circulating LDL-C.

For the submission to NICE, clinical evidence included results from the Phase 3 ORION clinical trial programme (comprising ORION -9, -10 and -11), and the results of a network meta-analysis comparing the efficacy of inclisiran with all comparators within the final scope issued by NICE (9). These data were used to inform a de novo cost-effectiveness model developed for the technology appraisal.

Currently, another two siRNA therapies (both for rare disorders) are seeking NICE approval. A HST appraisal of givosiran for the treatment of acute hepatic porphyria is currently in progress, with guidance expected to be published in November 2021 (10). An STA has also been proposed for lumasiran for treating primary hyperoxaluria, with publication expected in September 2022 (11).

Following approval of the first siRNA (patisiran) by NICE for the treatment of a rare disease, the reimbursement of inclisiran for a more common disease is another key milestone in this therapeutic space. Small interfering RNA therapies are an exciting class of drug, with a mechanism of action that has far reaching potential to specifically target many disease-related genes of interest.

If you are interested in finding out more about our market access services, please contact the Market Access and Value Communication team at Source Health Economics, an independent consultancy specialising in evidence generation, health economics, and communication. 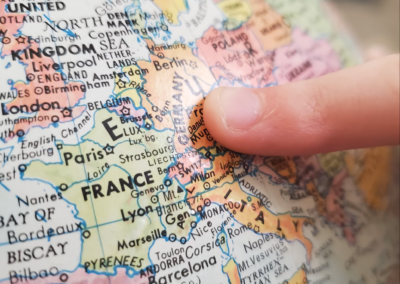 Advances in artificial intelligence: ChatGPT and the implications for medical writing Written by Mark Pennington, Consultant Health Economist A National Institute for Health and Care Excellence (NICE) recommendation can open the door to widespread adoption for a new medical device. But does getting a NICE recommendation require ... END_OF_DOCUMENT_TOKEN_TO_BE_REPLACED Written by Beth Hancock, Senior Consultant Health Economist Pharmaceutical companies often develop global cost-effectiveness and budget impact models, with the aim of adapting them for specific countries. In principle, this is an efficient and ... END_OF_DOCUMENT_TOKEN_TO_BE_REPLACED